Is the world going nuts? 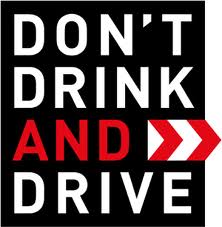 Recently a young man died from injuries sustained in a car accident.  He was only 22 years old.  The accident happened a couple of months ago, and his brother and best friend died in the wreck. He was the only survivor.  Naturally his friends and parents prayed for his recovery and cheered him on, grateful he had lived through the terrible crash.
Ultimately the injuries and complications overwhelmed his body and he passed away.  It was a very difficult thing for his family and friends to deal with. Sadder still is that the whole tragedy need never have happened.  It was all due to a combination of alcohol and speed on twisting mountain back roads. If the driver hadn’t been drinking and driving, nobody would be grieving their deaths today.

Compounding the sadness of losing three young men who were well-liked by almost everyone are the comments posted by friends on Facebook. They were all in the high school to college age.  And most of them shared their favorite memories of times with the deceased. Almost EVERY memory (that was referred to as a “GOOD” memory, something they would “never forget” involved getting drunk together.  Nobody remembered sitting in class together, or working on a school project.  Nobody shared a memory from church or youth group. Everyone just remembered the drinking…and nobody seemed to get it.  The drinking is what caused the accident that killed them! None of them expressed any regret at the needless tragedy, or that they wished the boys hadn’t been drinking and driving. And sad to know that these same young peopl probably have drivers’ licenses themselves.

Scarier still is that most of these kids are now old enough to vote.

The Hurrier I Go… Sometimes you just have to laugh…