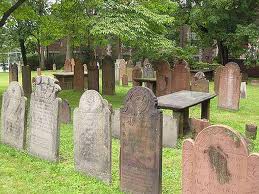 Erma Bombeck probably said it best: Family…the ties that bind…and GAG!  I’m a strong believer in the family. When we moved here I began working on researching my family tree.  I knew very little about either side, the Shelors or the McCoys.  Once we found out that my great-grandfather was from Floyd County, the search was on.

I dragged my kids to every cemetery I could find on days with nice weather.  We would hop in the Suburban and go for “an explore” down the next gravel road we found.  When we found a cemetery we would pile out and search for family names.  I filled up a notebook in fairly short order, discovering to my amazement, that 3/4 of my dad’s ancestors were settlers here after the Revolutionary War.  What were the odds that we would buy a house in a county we’d never been to, and it would end up being within a mile of the place that 2/3 of the relatives had settled in?

And add to that, the old store in front of our house was probably the original house on the property.  There was a squarish soapstone foundation at the back of the store. Carved into the soapstone at one corner was “CW SOWERS 1868”  I had learned that “Charlie and Pearl Sowers” had run the store and lived upstairs.  Was Charlie my great-grandfather’s brother?

Well, beyond learning the names and dates of birth and death, my search for my roots didn’t yield much valuable information.  Someone asked me once if I was going to research my mother’s side of the family. I responded that there were some branches of the family tree I just didn’t climb.  The branches would shake and the nuts would fall out, and that would be disastrous.  This summer I was proven right.

My last grandparent died this summer at 89. Granny was a strong, independent woman who wanted to live to a hundred.  But the last ten years or more were filled with health challenges, each more serious than the last. And when she passed, it really caught most of us by surprise. She didn’t leave much behind, other than years of photos and family memories, but that hasn’t prevented most of her kids from fighting over whatever she left.

Why does death bring out the most selfish elements? Instead of grieving the loss and celebrating the life, we fight over what is left.  But as I look back at many of the memories, they seem to always include some sort of conflict: an abusive alcoholic here, a fight between siblings there, this one borrowed money and didn’t pay it back, that one took what didn’t belong to them.  It goes on and on like a family feud.  Only this bunch of McCoys never needed any Hatfields to have a feud.  They managed just fine by themselves.

Tech support: the saga continues You’re as young as you feel