Life can be so crazy 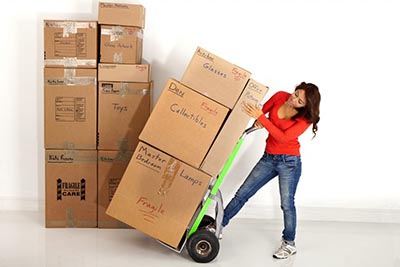 In 1987 we moved here to the Blue Ridge with 5 kids, one of them just a few weeks of age. We loaded two 24-foot U-hauls with all we could pack up and moved. It was so stressful that I actually prayed someone would steal one of the trucks while we slept overnight so we wouldn’t have all that stuff to unload! I said then that my next move would be “straight up with no packing!” but about eight years ago, we made a move…straight up the driveway to the next house that my husband and sons built. I had to close the chapter of my life in a huge old farmhouse with 7 bedrooms and 3 bathrooms because the kids had grown and most had moved out to their own spaces. It was time to downsize.

The duplex we moved into was designed to be our “social security program” because we could live in one side and rent out the other. Our eldest son and his family moved into the side we finished first and a couple of years later we moved into our half.

I didn’t want to make the move here, and we spent our first year with a basement filled with packing boxes and a path through the rooms. Gradually the lower half of the place got finished to become a lower apartment. I came to love this place with its sunrises and birdsongs and a deck to watch the changes of the seasons. We added a screened porch and a patio and made it home.

But now it’s time for another move…to the other side! We can rent out the two apartments more easily than the one large side. And for the next year while we live there, my husband will be turning the lower half into another separate apartment to rent out. Really we don’t need the 2400 square feet. So it’s time again for another downsize and declutter and throwing or giving stuff away. I know it’s going to be stressful, but I know it will be worth it. I’ve learned from the experience that we all have too much stuff. And all that stuff needs a place to be stored and needs to be protected or maintained or insured or whatever.

Getting back to normal…almost! The Journey with Lyme and Bartonella