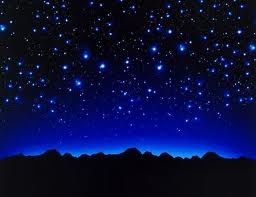 This month we have been treated to a couple of meteor showers. Unfortunately they are harder to watch when the weather turns cold has it has this month. We would wrap up and dash out onto the deck and look into the sky to see if we saw any of the shooting stars before the cold would persuade us we should go inside and get some sleep. We like to watch these celestial displays, but I’m not completely sure why. Most of the time they aren’t as impressive as a fireworks display.

Seems like we have a fascinating with stars. There was a lot of commotion this year about the possibility of an asteroid or planet coming close to earth. People were watching the skies (and youtube and other websites) for any information about what could have been impending doom for us.

We’re so enamored with stars that we use that term for a lot of things. We thank our “lucky stars” (for those silly enough to believe in astrology) and we have sports stars and movie stars and pop stars and rock stars and TV stars. And some take their silliness even further and WORSHIP stars! From sports to celebrities to the sun, our lives are tangled up with so-called stars. We read the tabloids to see what the “stars” are wearing and whom they are marrying and what outrageous thing they might have done. We turn on the tube and catch glimpses of stars there, racing around a track in a car, or chasing a ball across a field. And for some reason I can’t quite figure out, we REWARD these people with inordinate attention and sums of money. For playing a game? For pretending to be someone they aren’t? For driving fast or playing music?

Meanwhile, millions of people go to work, pay their bills, take care of their kids, love their spouses and don’t cheat on them. They succeed at raising healthy, well-adjusted kids who grow up and go to college and live successful but unrecognized lives. Many of them struggle to keep their lives together. The work hard at doing whatever it is they believe they are meant to do. And a lot of them struggle financially, doing all the right things, the responsible, good things in life. But the “stars” rake in millions of dollars for living foolishly. Just doesn’t make sense.

I heard about an auction recently for items that once belonged to actress Greta Garbo. The newscaster rattled off a list of items and how many hundreds of thousands of dollars they sold for, clothes and shoes and furnishings. Why would anyone so highly value stuff that someone wore once upon a time? There are lots of vintage clothes around, things that sell for little. But if it was worn or signed or sat upon by a “star” well it’s worth SO much more….at least that’s their line of reasoning.

Most of these stars are hardly exemplary. We wouldn’t want our children to grow up and live or dress or act the way they do. Maybe at some level it helps us to be satisfied with where we are when we see how poorly these “stars” live with all their money and adulation. It reminds us that you can’t make a silk purse out of a sow’s ear, no matter how much money you throw at them.

But mostly at this time of year, I like to remember a star of another era. A star so dazzlingly bright that everyone took note. This star had never been seen before, and all the astronomers watched it with amazement. A group of them from Iraq actually embarked on a journey to FOLLOW the star. They hadn’t read some Mayan calendar in stone, but had read ancient writings that indicated that the sudden appearance of an unusual star was the sign of a momentous event: the birth of a KING that had been foretold centuries before.

Take a little time and watch this video for the most interesting look at the journey of the Magi….