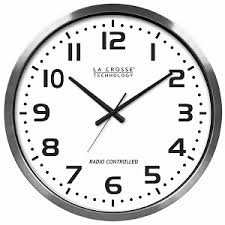 We live in a world of deadlines and ultimatums. Everything around us has some semblance of order and routine and a measure of schedule to live within. I freely admit to being one of those people who struggles with schedules and routine. I like order and routine, but it just doesn’t like living with me very well.

The last twenty-one years have been what we started out calling our “Great Adventure.” We took the plunge and moved to the country, away from family and treasured friends. Our goal was to live more simply and naturally. Well, simple and natural it wasn’t!

For starters, it was a leap of faith. We came because we believed this was where God was leading us, although we didn’t know why. We’ve been through ice storms and blizzards and droughts and even a hurricane (Hugo in 1989). We’ve had lean years, and leaner years. But we’ve never gone hungry, never been homeless, never been without warn clothes and a bed to sleep in.

I’ve learned that there are lots of things we can live without, and lots more things that we probably SHOULD live without. I’ve also learned without a doubt that God hears and answers prayer, and that He is always on time. Well, He’s always on His time, which isn’t always OUR choice of time, but it’s always the best. He’s never early, but He’s never late. He’s always right on time.