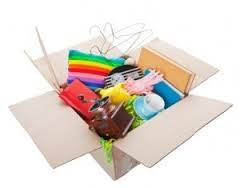 Some days I just get so tired of having to keep up with all this STUFF.  I yearn for an uncluttered life where I don’t have to worry about all this extraneous junk, like car insurance and vehicle registration, driver’s license renewals, homeowners insurance, stuff that you can overlook, will expire and make your life a living hell while you get it straightened out again.

It just seems like we have so many more pieces of stuff to keep up with than is reasonable.  We have too much of everything…clothing, furniture, dishes, books, papers…part of me is just screaming inside to be freed of having to keep up with and maintain all of this.  Or to at least simplify the load to something more manageable.  But the problem is that decluttering and simplifying takes TIME. And in a busy household, making time to do those extra tasks is an issue as well.

My grandmother recently passed away at 89.  She lived most of her life in a small house, and was never anything close to wealthy.  You would think that disposing of her personal effects would be fairly straightforward and not take a lot of time and effort.  But no.  She was an accumulator, like most people who came through the Great Depression and dealt with a lot of want in their lives.  She stored fabrics, clothing, anything she thought might be of value later.  Closets are packed full, outbuildings have to be gone through.  And if that isn’t enough, some of her children were transformed into vultures within minutes of her death, and decided they need to FIGHT over the little bit of nothing she had.  It’s enough to make you sick.

Seeing this happen with several relatives and friends over the last few years (now that we’re getting older, this is more of a factor in our lives than we’d like it to be), my husband and I have decided we’re going to be of sound mind and get rid of as much as we can while we’re still alive and kicking so there’s nothing to fight over later.