The hills are alive… 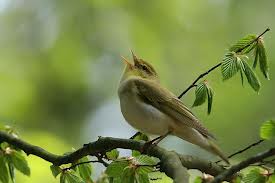 When we bought the Altima, it was for the gas mileage, not for the add-ons. We didn’t care that the cigarette lighter didn’t work (we don’t smoke), or that there was an old cassette jammed in the radio/tape player. But I did start to care when the antenna broke.

The Altima is a barebones model, one of the few we’d ever found with a five-speed manual transmission, and the gas mileage is terrific.  When gas soared to $4 a gallon, that little car got us where we needed to go affordably.  But I really missed the radio, and dreamed of one day getting it replaced with a CD/MP3 player.  I like to have something to listen to when I drive.  But if we hadn’t lost the radio, I would never have heard the sounds of the mountains.

I was sitting in a parking lot waiting for someone to come out of a store, just killing time. From out of nowhere, a bird began singing its heart out. The serenade continued for a good ten minutes. I would never have heard that if the radio had been working.

We were headed home one evening in the Altima, and I was half dozing in the passenger seat, when my ear heard a new sound, a tone. It was almost a hum, it lasted a few seconds and then stopped. Something had changed in the road, the sound the tires made on the pavement was different.  But I couldn’t put my finger on what it was. Over the course of weeks, I determined the source.  On that particular stretch of road, there is a drainage culvert buried under the surface, to drain runoff from the rain into the creek across the way.  When we drove over that hollow culvert, there was a change in the sound, The vibration changed at the culvert, and so did the tone.

On a hot summer afternoon, I drove down a country road and caught the aria of a waterfall. The sound was magnificent, and I would have missed that if the radio was playing.  In the evening I heard the whisper of wind in some tall white pines at the corner where I turn to go home.  And last fall I was greeted by the applause of a grove of oak trees when the dry leaves were rustled by a breeze.

Sometimes I wonder if we aren’t so saturated with noise from all the artificial stuff we clutter into our lives that we just miss the natural symphony around us.