The Journey with Lyme and Bartonella 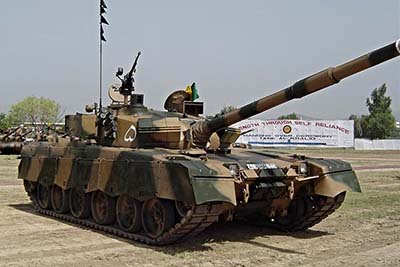 In 2014 I was treating for arthritis and fibromyalgia, recognizing that my energy and ability to walk were declining rapidly. I had to literally plan my trips across the house to the bathroom so I could carry things that needed to be put away along the path. I was afraid I’d be wheelchair-bound by the end of the year. Rarely could I make the trip upstairs. Cleaning was almost impossible. I could stand long enough to wash a few dishes and have to go sit down and come back to the task later. I would nap several times a day, and sleeping at night was pretty much two to three hours at a time. I had no inkling about lyme because all the reports at the time indicated you should suspect lyme if you had a bullseye rash, which I’d never had.

Since 2005, every few months I would get this “flu” that nobody else in the family had. With five or six kids in the family, it was odd that nobody else was sick. I’d get a massive headache, feel like I was freezing and crawl into bed hurting all over to shiver until I fell asleep. When I woke up, I would be drenched in sweat and think I’d broken the fever. By the next afternoon I was feeling back to normal and go on with life. But I wondered why I was the only one having these bouts. Later I realized that even though I was shivering like I was feverish, there was no increase in my body temperature. I called it the “fever without a fever.” I was forgetful, repeating myself, and struggling for the right words to use. Sometimes I would run out of air while I was talking and the kids would comment that I needed to slow down and not try to say everything at once. Later I learned this was called “air hunger.”

I noticed a loss in balance, finding it a challenge to walk outside on uneven ground, and often staggered into walls and doorways. Climbing stairs without holding the railing was impossible. A big day for me was grocery shopping. But shop till you drop took me about 20 minutes and sometimes I would be almost in tears by the time I got the groceries out to the car, it was so exhausting. Daily I fought with inflamed tendons all over my body making it hard to do the simplest movements without pain. I had muscle clenching when I would stretch or stand up that would freeze me in place. More than once I wondered if I had some terminal illness.

In 2014, my husband found a tick and removed it, disinfected the area and put on some neosporin. The next morning he woke up with a huge bullseye rash around the tick bite area. He started on amoxicillin right away, but that afternoon he had all the symptoms of the flu: headache, muscle pain, and shivering like he was freezing. He went to bed and as I took care of him he would ask how high his temperature was so I would get the temp strip and check. 98.6 or less every time! That’s when the lightbulb went off in my head that what I was battling was lyme disease. And the online research has been intense ever since. I read medical abstracts from studies done around the world. I read first person accounts of lyme battles and watch youtube videos from doctors and patients and almost anyone who has anything to say about lyme.

I’ve treated with herbs and supplements and positive thinking and PEMF pulse and cold laser therapy and today I’m about 75% back to normal. But it’s been an all-absorbing task. Two years ago I celebrated the event of being able to take a shower AND wash my hair in the same session. I couldn’t stand long enough to do both before that! That was a milestone for me, but something I would have taken for granted before this invader.

The most interesting treatment I found was the rife machine, but at $4200 it’s a bit out of reach for most people…especially when they’ve been disabled by this monster. I’m considering selling my regional news website to try to get one of those machines, because the testimonials show so much promise for lasting relief. The basic tenet is that you can target the electrical frequency of the invading organism you can kill the invader without harming the healthy body around it. That’s what I used the cold laser therapy to do: using the frequencies for bartonella and babesia and lyme, I got a lot of relief from the symptoms and began to feel much better.

Last year I went to a biological dentist to remove the amalgam fillings from my mouth as well as a root canal tooth I’d had since I was 22. After that I did six months of detox for heavy metals and really began to improve the most. But like most lyme patients, it’s a roller coaster. I had two amazing months of feeling totally normal again and thought I had beaten the monster back in March, but by mid-April I was going downhill again and haven’t made it back to where I was in March. The fact that I COULD get back to that normal level was huge, though. It means this crud hasn’t caused permanent damage, and I believe I can get back there again and feel good.

Life can be so crazy Tribute to Mom