Through the mountains and the valleys

I know I’ve been slow to update my blog. The last couple of months have been largely taken up with the healthcare needs of my dad. At 75, he’s lost a leg to diabetes, had bypass surgery, congestive heart failure, a couple of strokes, and has been on dialysis for five years due to kidney failure.  This is such a common progression I feel confident that everyone reading this knows someone who fits that description.
This morning my father went for his dialysis treatment and announced that he wanted to stop dialysis. That threw the family into the throes of dealing with the decision to die. Hospice has been called, we all understand the basics of what lies ahead. But oh, it hurts more than we could describe. The tears have been flowing, family members coming from the four corners, phone calls, e-mails, text messages, you name it.

For more than fifteen years we’ve walked this journey with Dad, from his bypass to the amputation of his leg, to the diagnosis of kidney failure, and this year the added “dimension of dementia.” After all these years of being in the hands of those who “practice” medicine (and I use that term advisedly when it comes to a certain hospital in Radford that shall remain unspoken here but forever regarded with contempt), Dad is just tired of needles and pills and doctor visits, and a life that is being chipped away by each new development.  Those “golden years” are only golden for the doctors and lawyers who profit from them. 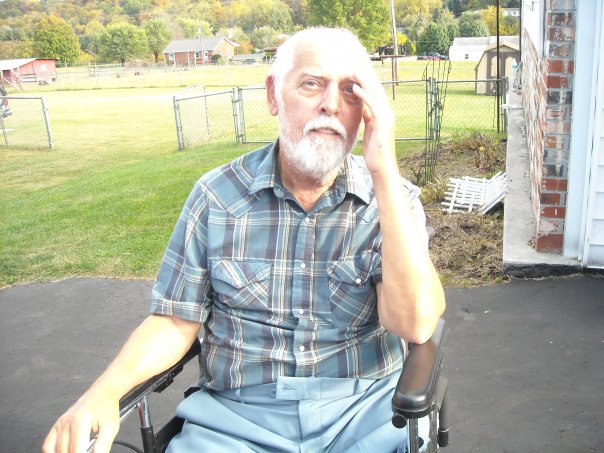 We completely understand that all the things that gave him the greatest joy in life have been taken away as his body deteriorates. The indignity of dementia has been the hardest, because that brilliant mind of his, always so quick and busy, went into hiding. For months he was living in 1957, and long-forgotten events and words were recent in his mind. Every so often he would come back to us as himself, but we never knew from one day to the next where he would be mentally. Then last week he was prescribed some probiotics for digestive problems and suddenly he was back, full force. And he’s been himself, day after day, ever since then. But he hasn’t been talking. He’s been silent, thinking, speaking only when spoken to. Not angry or sullen, just thoughtful and very tired. We have been cautiously rejoicing, so glad to have him back with us and improving. And then today out of the blue he makes his announcement. I guess it’s what he’s been thinking about. Maybe he wanted to make the decision himself while he’s in his right mind, instead of leaving that agony for us later. He says he’s at peace with God and with his choice, that he loves us, but he’s just so tired and wants it to be over. We understand, but it still hurts. And yet we have that confidence that through all this pain and loss, with Daddy safe in the care of His Saviour, we aren’t staying goodbye, only goodnight. And when that morning comes, it will be with him well, whole, with two good legs and two good eyes and complete hearing.  We have to hold that image in our hearts this week.

Goodnight, Daddy.  See you in the morning.

Under Fire Over Cupcakes Bittersweet