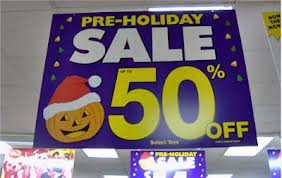 Christmas would be a really neat holiday if it didn’t last so long. I like the lights and decorations, and I love the music.  But do we really have to start thinking about it and planning for it in October?

The older folks smile when I pose this question and say, “Well, it’s not for adults, it’s for children…” as if somehow that makes a difference and fixes the problem.  But it doesn’t.  When did this holiday become all about presents…piles and piles of them, and composing a wish list of things you would like to receive?

I’m a boomer, so I don’t remember a time when Christmas was simpler.  I remember the anticipation of getting up as early as my eyes would open on Christmas morning to race down the stairs and see what presents awaited me.  I remember praying for snow because it just wouldn’t be Christmas without snow. And I remember Christmas trees over the years, all shapes and sizes of them.  There were fragile glass ornaments, and icicles that had to be applied “just so” to get the desired effect (somehow that lost its appeal after the cat or the baby pulled the tree over for the third time, though). I remember electric candles in the windows, and listening to Christmas music on the stereo (back when we used LP’s and records instead of tapes and CD’s)

After celebrating thirty Christmases as a mother, I have a lot of memories there, too. And now I’m a grandmother and thinking about what kind of memories my kids and grandkids will have. We have had times where we baked cookies and made fudge, we’ve tried our hands at making ornaments once or twice, and stringing popcorn and cranberries for the tree a time or two.  The kids have performed in children’s choirs and Christmas pageants where I spent days sewing costumes and gluing gold lame onto coat hanger wire wings so they could be angels.  And I wonder for what purpose??

My parents grew up relatively poor. Dad tells me about the foil they would forage from used cigarette packs as kids and wrap the seed balls from the sycamore tree to make silver balls to hang on the tree.  Christmas wasn’t about a pile of presents when he was a kid.  But his generation grew up and became parents after World War II.  They had more money than their parents had, and when the kids came along, they wanted them to have “more” than they had as kids. And Madison Avenue’s advertising geniuses were right there to make sure that happened. The catalogs cranked out a Christmas toy special that was pored over from the time it arrived until Christmas. Crayons kept busy circling the things we wanted.  And then came commercials on TV to tell us about the most exciting toys that were just coming out in time for Christmas, and we HAD to have them.

Somehow that legacy of giving our kids more than we had seems to have snowballed into this MESS that we’re in today where we spend money we can’t afford to spend (debt) to give gifts to people who don’t need them.  We blindly spend too much in an effort to create some sort of “magic” or a Hallmark moment where we can freeze frame that instant and savor it for years to come.  And it doesn’t happen. It can’t. Ask the emergency personnel and the ER workers what Christmas means: it means depression, domestic violence, suicide attempts, and drunk driving.  That isn’t the Christmas spirit!

And do we really want our kids to grow up believing that Christmas is all about THEM, and about all the stuff they can accumulate? Seems to me we’ve lost sight of what it was supposed to mean, and now we are swirling in a haze of Christmas junk.  What’s it gonna take to bring this thing to a screeching halt and stop the madness??