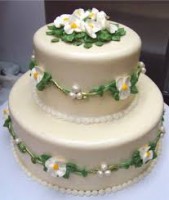 Yesterday was our anniversary. Thirty-eight years of marriage. Seems impossible that it’s been so many years, but the calendar doesn’t lie (and neither does the mirror!). By the standards of my generation, we are a mystery, an anomaly. Some would say we’re the “lucky ones” but we know luck had nothing to do with it.What makes a marriage work, what makes it lasting is as much about perseverance as it is commitment. We made promises on that April afternoon that we fully intended to keep. But there have been many, many times along the road that we wondered if we’d make it. We wondered if it was worth staying together, worth the misery we sometimes caused each other. There were long stretches of distance between us, misunderstandings and doubts. There were times when the only thing keeping us together was the kids or financial concerns. Days of not speaking and nights of sleeping in separate spaces.

But we kept going, kept coming back to square one and what held us together. Mostly that was God, a belief that He was able to put the pieces back together from any mess we had made, and He could make it work even when we weren’t sure it was fixable. We figured if He wasn’t powerful enough to fix a shaky marriage, then He must not be God…and if He IS God, then He could fix it. The one thing we know from all the ups and downs of our lives, it’s that He is ABLE.

There was no overnight turn around, no flashes of lightning, no sudden changes in our personalities. We just trusted He could make it work and we KEPT GOING. We stayed together, and kept trying to remember the things we loved and liked about each other. We chose to forgive or look past what we didn’t like. And we made a commitment to staying together, to talking, to laughing together.  It’s not magic, it’s not rocket science. But it’s SO worth it.