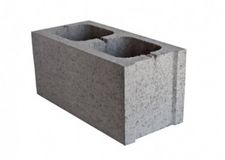 Today I listened to radio program that referred to a potential outbreak of war and “setting ablaze the cinder block in the middle of that country” and I honestly didn’t hear anything else he was saying after that. My mind was trying to figure out how a cinder block could be set on fire. I mean, it’s all concrete…LOL, I am quite sure he should have said “tinder box*” (which sounds similar). Maybe he grew up saying the wrong thing because someone else said it that way. One of my neighbors used to say her dogs were vaccinated against “stemper” because she never really heard the word “distemper” and one of my relatives told the story about someone in the family who “got choked on their own lava” (meaning saliva) and we still chuckle over that today (although we never corrected her, she wouldn’t have understood). There are lot of words that are mispronounced like that, and most aren’t quite as funny.

Having a lifelong fascination with words, I enjoy learning about new ones, and finding out the origins of ones I haven’t understood. A lot of people mistakenly say that someone “drownded” instead of “drowned” and many have been heard to talk about “floundering” when they really mean “foundering.”  They don’t realize that a flounder is a fish, but a ship that is tossed in a storm and in danger of sinking is “foundering.”

Do you have any interesting stories about words being mispronounced?

*a tinder box, for those who might never have heard the term, was a small container containing flint, firesteel, and tinder (typically charcloth, but possibly a small quantity of dry, finely-divided fibrous matter such as straw), used together to help kindle a fire. Tinderboxes fell out of general usage when matches were invented. See http://en.wikipedia.org/wiki/Tinderbox