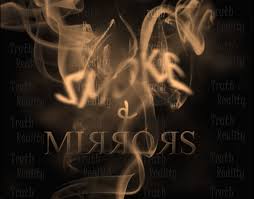 It’s been another disastrous day in the news… Michael Jackson has died. With all the chaos and confusion in teh world, the news media has taken a break from reporting the news to endless hours (at least it feels that way) of coverage of Jacko and his life and death.  Live video feed of the helicopter taking his body to the coroner, someone sent in video of the ambulance rushing him the hospital earlier, crowds thronging the grounds of the hospital…

It feels like a scene from Alice in Wonderland, walking through a surreal world where nothing is what you expect it to be. The media tells us what they want us to hear and believe.  And the sad thing is that so many millions believe it’s true and real. Do all the events in the world slow down because some perverted pop star bit the dust? Did the economy stop its downward spiral because Jackson took his final moonwalk? It’s as bad as the events surrounding Anna Nicole Smith.  The world is feeding on perversion, death, and decay, and people wonder why life stinks.

How many noble, kindhearted, wonderful people have died this week? Did we lose any soldiers overseas? Did any police officers die saving lives? How many people this month have had their electricity turned off because they couldn’t afford their electric bills? How many people have run out of unemployment benefits and they are still out of work wondering what they can do to make a living? People, we have got to turn this thing around or it’s game over. We’re so mired in the doublespeak and socialist//gangster tactics of our goverment that we don’t even know we are sinking. Unless you fight it, this quicksand will take you down.

Turn off the tube and spend some time in peace and quiet, and then begin to focus on making a plan for SURVIVAL.  The stuff on the tube is FAKE, it’s a contrived world designed to suck out your mind and make you ready to follow like a lemming.  We are losing our liberty, our ability to think for ourselves, and our creativity to this hour by hour parade of TRASH.  Shut it down, and take charge of your life again.

No Power to the People Teaching an old dog new tricks