Stop the World! I want to get off! 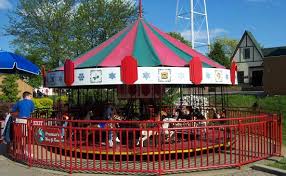 There are some days when things just roll by and nothing much bothers you.  The weather is good and there’s no crisis to deal with and people are getting along.  And then there are days like this weekend, when the sky is overcast and the humidity hangs in the air like a wave of doom.

Weather is a funny thing. It impacts us more than we realize. When we discovered how the barometric pressure affected our family, my husband bought a weather station for the house.  They family half-jokingly calls it the “Mommyometer” because the changing pressure affects me so dramatically.

Historians have noted that many of the Indian wars (excuse me, the Native Amerian wars) were fought in the rain and snow, because it seemed they were impacted by changing weather…and there’s some of that ancestry in my veins, so I think it must have been passed along.

When the barometric pressure drops, just before it rains or snows, farmers can tell it’s about to storm by watching the horses in the field.  When they (the horses, not the farmers) suddenly start tearing around the pasture, running wildly from one side to the other, they are being disturbed by the shifting pressure in advance of a storm system.

My brother used to say that he felt like his feet just wanted to run out from under him when the weather was changing. For me, I notice a sudden unprovoked irritability, a restlessness that makes it impossible to stay in one spot or one position…almost like restless legs, but more like restless body!  The few hurricane/tropical storm systems that have moved through this area gave low-grade headaches that lasted for hours, due to the pressure dropping and staying so low.

For years hubby has talked about moving to a warmer climate, he dislikes the cold of winter so much. But looking at the weather patterns through the deep South the past few years, I think I’ll take my chances on winter.  A few weeks of cold is nothing compared to wave after wave of thunderstorms, tornadoes, and hurricanes!